This YouTube video is an example of Animal Style…including a Frog Style! It is an example of what some professionals can do after a lifetime of practice. Here at UMA, we focus on achieving good health, self improvement, personal growth, a sense of well-being, and self-mastery. As you know, our system is based on the fighting movements of five primary animals and a few others that are less frequently used. The ancients observed the leopard, tiger, dragon, crane, and snake, and were able to copy certain movements and strategies from these animals. Let’s discuss each of the five primary animals’ attributes individually. 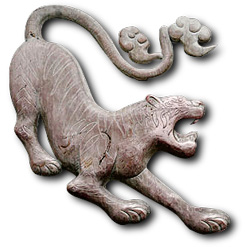 Tiger:
The tiger has no fear. It is the king of the jungle. It is to the tiger’s advantage to move in quickly and make the kill. No sense giving the weaker opponent a chance to get lucky; simply move straight in and end it. Of course, in order to use this strategy, you must be the larger, stronger fighter or it will backfire on you.

In our system, tiger techniques move straight ahead while throwing a devastating array of tiger’s claws to the face and groin. You keep your front leg light so you can kick quickly—the equivalent of the tiger’s pawing or scratching. You put the weight on your rear leg so you can leap like the tiger. In essence, it is the strategy of moving straight ahead that distinguishes the tiger. 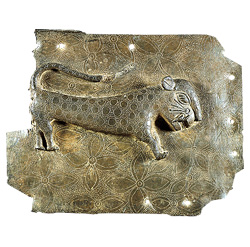 Leopard:
The leopard is a cat, too. In what way does it differ from the tiger? The Leopard is smaller than the tiger and cannot successfully come straight at the larger opponent, so the leopard uses slanting attacks. It jumps around behind you and then does it’s cat thing. It’s also very quick and elusive, throwing many strikes from in close. Almost any size fighter can employ leopard techniques, but speed is essential. 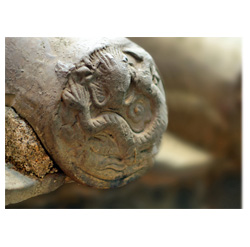 Snake:
What if you use your crane technique and jump back, but the tiger is quickly on you again, and again? ‘Fall’ to the floor and use snake techniques. When you’re on the ground, you have four possible weapons to use; two hands and two feet. You’re opponent must stand on one leg, so he effectively has only three weapons at his disposal. At this point, you’re already ahead; add in gravity’s help (he can be made to fall while you’re already down) and you can see the advantages to dealing with the extremely large person in this way.

while you’re already down) and you can see the advantages to dealing with the extremely large person in this way. 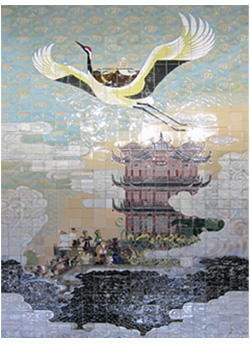 Crane:
The Crane is a master of balance and judgment. As the 600 pound tiger moves straight in toward the 40 pound crane, the crane instantly judges the range of the tiger’s attack and jumps to the side, just out of the tiger’s reach. Then the crane launches an attack at a vulnerable point, such as the eye. A crane’s beak to the eye ends the tiger’s attack. Because most of us are concerned about larger people attacking us, crane techniques are most useful. Combination 7 is the first crane technique learned in our art and its’ strategy of jumping out of range and then hitting the opponent as they come forward is the essence of crane. 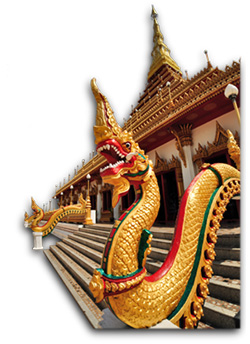 Dragon:
I’ve saved Dragon for last for two reasons. First, the dragon is a mythical animal and as such was never observed actually fighting. Maybe the ancients observed large lizards, such as the Komodo Dragon, or other stiff-tailed animals and glorified the lizard into dragon status. Secondly, in the thirty years I’ve been doing this, I’ve only seen two or three people whose fighting style mimicked the dragon. They were very talented people who were extremely difficult to defeat (ask me for the Andy Ahle tape if you want to see a Dragon fighter).

The dragon is an imitator; it copies all the other animals as well as doing it’s own unique style. For instance, within our “Dragon Faces the Four Winds” form you can find snake, crane, leopard, and tiger techniques, but the dragon can also fly. Think of how much potential energy a heavy animal that can fly would have at it’s disposal. When the dragon leaps into the air, it pounces not just with it’s weight, but also utilizes spinning motions to flail with it’s tail. Bruce Lee was called the “Little Dragon” because his wheel kick was so devastating!

There you have it…the attributes of the Five Animals. There are a few other animals that we use less often, such as the eagle, monkey, bear, and even the rooster. Having a variety of animal fighting styles to choose from ensures that no matter what your opponent’s size or what he does, you can find something within our system that will defeat him!