Since all Shaolin Kempo originates with Great Grandmaster James Mitose, it is fitting that his background is presented. At the beginning of the seventeenth century, two families, Kumamoto and Nagasaki brought knowledge of Kempo from China to Kyushu in Japan. It was here, that Kempo was modified to include the arts of Jiu Jitsu and Aikijutsu. Later with the influence of the Motobu clan in Okinawa, most modern forms of Kempo expanded into various factions – some emphasizing the striking arts, while other the throwing. In 1916 at the age of five, James Mitose was sent from Hawaii to the homeland for schooling in his ancestors’ art of self-defense called Kosho Ryu Kempo. For fifteen years he studied this art that was a direct descendent of the original Chuan Fa of China.

After completing his training. Mitose returned to Hawaii with the knowledge of the KOSHO SHOREI KEMPO system. This system was already very progressive compared to many traditional methods. It was one of the first to teach self-defense outside of kata, and also one of the first to allow women into the dojo.

Among Mitose’s limited number of black belts was William Kwai Sun Chow. William Chow was more interested in the pure self-defense aspects of Kempo, and maintained less interest in the forms of kata. It is generally accepted that William Chow studied some Kung Fu with his father, and added these aspects to his training curriculum.

William Chow is the person most responsible for the active perpetuation of all systems of Kempo we now know, and he was also the first to use the terminology “Shaolin Kempo.” During these early years, martial arts were taught in a traditional manner. Simply stated, this meant that almost all actual instructional duties were placed in the hands of the senior black belt, and the school’s “headmaster” exclusively trained his very advanced students. During this period of Kempo development, Grandmaster Mitose’s senior student, William K.S. Chow received permission to go on his own. Chow’s first school was located within the local Catholic Youth Organization (CYO) and later at the Kaheka Dojo in Honolulu. Upon forming his own school, Professor Chow enlisted one of his “underbelts” from the Mitose school by the name of Adriano Emperado. Professor Chow selected Emperado because he had been impressed with the skill and creativity of this young student. Much of this skill came from Adraino Emperado’s detailed knowledge of the Filipino martial arts passed to him from Alexandro, Isaac, and Alfredo Peralta.

Now teaching as Chow’s senior student, Emperado conducted many classes and played a great role in forming the structure of this “new” Kempo. This was a very exciting time in the history of the system: Professor Chow created many new aspects of Kempo, and took it from a traditional art to a more eclectic, street lethal

form. The young Adriano Emperado added the speed and angular attack of the Filipino Arts, and advanced aspects of Jiu Jitsu. Many new self-defense techniques, line drills, hand drills and combinations were developed by Emperado and adopted by Professor Chow. This period marked the beginning of “numbered” combinations, and numerous methods of entering, trapping and striking. Professor Chow now began calling his art Dian Hsue Go Shinjutsu of Kempo Kai.

While still teaching for Professor Chow, Adriano Emperado began the formulation of and more superior version of the existing Kempo. Along with Joe Holck of Jiu Jitsu, Peter Choo of Tang Soo Do, Clarence Chang of Gung Fu and Frank Ordonez of Judo and Jiu Jitsu, SiJo Emperado labored daily to develop the system, and nightly to test the value of the day’s lessons. In 1947, Emperado decided to title this new form of kempo “KAJUKENBO for Karate, Ju Jitsu/Judo, Kempo, and Boxing. To begin spreading this new system of kempo, Emperado left Professor Chow. However, his younger brother, Joe Emperado stayed behind to continue teaching at Professor Chow’s school. Emperado’s black belts became legendary because of their ability to combine devastating entries with jolting takedowns, and lethal follow-ups. His students became the talk of the island’s martial arts circles. Among the first generation of black belts were such notables as Marino Tiwanak, Bennie Madero, Woodrow McCanliss, and Joe Emperado. Among the second generation students were Walter Godin, Aeju Reyes, John Leoning, and Sid Asuncion.

In the later portion of the 1950s, Emperado dispatched a few of his black belts to bring kempo to the mainland – specifically, California. Among those who migrated to California was John Leoning. Leoning was the first to establish a KAJUKENBO school on the mainland. Soon, it became very popular, and he needed help to run the school. As a result, he enlisted the assistance of a few of his students to assist in the instructorship duties. When this occurred, subtle changes began to occur, and these changes marked the first significant contributions to what is known as Shaolin Kempo today. Leoning was an amazing student of the martial arts, with a constant thirst for new knowledge. Leoning began studying other forms of karate, and spent a major portion of his time as a student of kung fu master Share Lew. 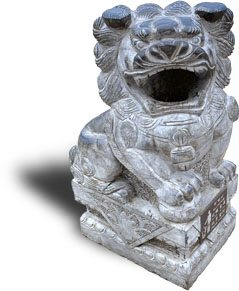 He became a master of “Iron Palm” and “Iron Shirt” development and added this and extensive Chi development to his curriculum. Later he learned several weapons arts from kung fu master Du Wai and added some of these forms and arts to his teaching syllabus. John Leoning’s curriculum changed many times during this teaching lifespan. Because of his constant change and improvement, each student of his became somewhat different depending on the timeframe, and length of time they studied with him. John Leoning explored and developed new forms of kata and self-

defense, and these were soon taught through other kempo schools on the mainland. Among his early students were Carlos Bunda, David Kamalani, Bill Ryusaki, Victor Gascon, Richard Ramos, Julian Blacquerra, and John Davidson who would later become a personal disciple of master Share Lew until his death in 1998. 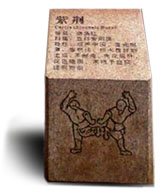 John Leoning’s superior abilities became evident to Hollywood, and he later became very active in professional stunt work, and as an actor in kung fu roles including the “Kung Fu” television series.

During this time period, the original twelve punching combinations were developed, and three formalized forms, today known as Kata #1, Kata #2, and Kata #3. The forms were made up of movements from the KAJUNKENBO system, rearranged, and were largely the creation of Walter Godin who combined various pieces of KAJUKENBO forms. It is unclear exactly where the first twelve punch combinations selected came from, however it is largely held that they were designed by Walter Godin and based again on KAJUKENBO. One of Godin’s most notable creations is Shaolin Kempo combination #4, which he continues to use in demonstrations and seminars even today. During this period, it is believed that Walter Godin liked using the term “Shaolin Kempo” to describe the new system. This was a term, which reflected upon the use by Professor Chow. Later, the term “Karazenpo” was combined with “Go Shinjutsu” meaning “way of self defense” as a replacement for “Shaolin Kempo.” Walter Godin eventually designed a patch bearing the likeness of Damo, and containing the Katakana characters for the names “Godin,” and Gascon – the co-founders of Karazenpo Go Shinjutsu.

Eventually, all of these schools closed, some after only one or two years. Charles Frank was among the first to leave, first returning to Hawaii to seek his former instructor, Simeon Eli, he later settled in the mid-Atlantic region. His system contained portions of the Karazenpo/Kajukenbo curriculum combined with original Kosho Ryu. David Kamalani was killed in an auto accident within a year of originating his school. Victor Gascon and Walter Godin returned to Hawaii. Upon his return to Hawaii, Godin continued his martial arts training with several other notable karate, kung fu, and kempo masters including Professor Chow. Later, he opened a new school and continues to operate it, to this day.